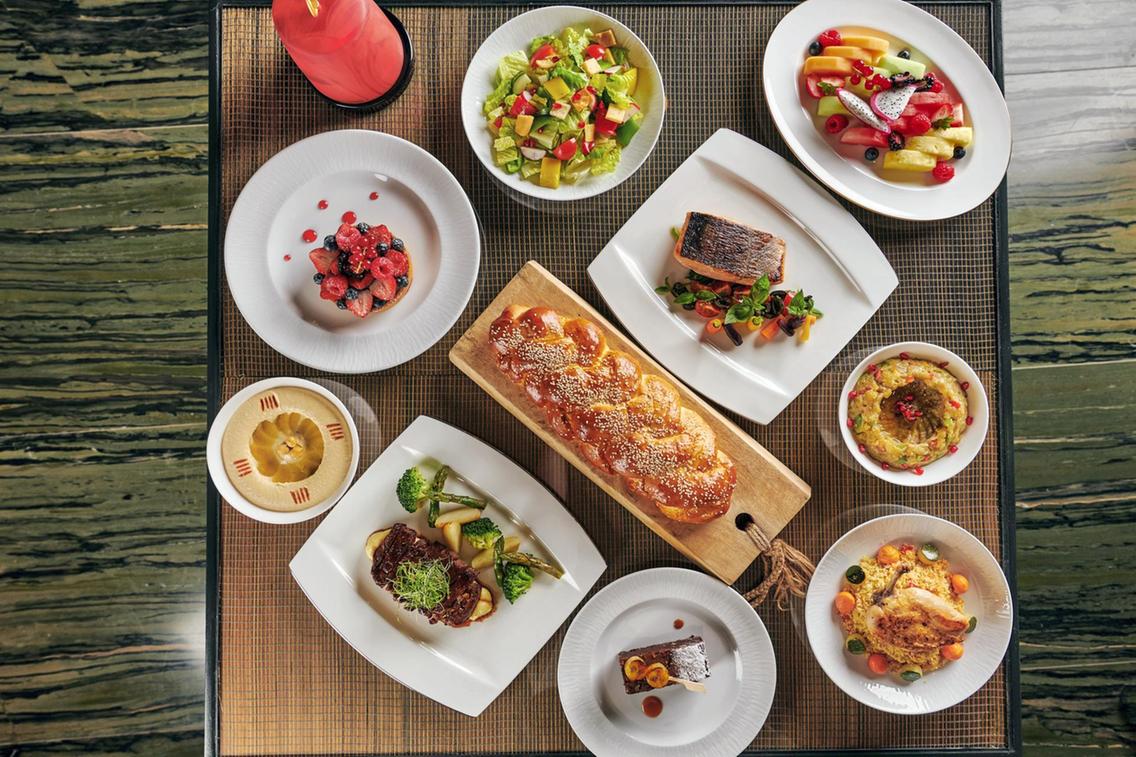 It’s now possible to dine on kosher food within the world’s tallest building.

On Thursday, September 17, Armani Hotel Dubai in the Burj Khalifa added a new fine-dining experience to its list of culinary options: Armani/Kaf, a kosher-certified restaurant.

The 40-seat dinner option is on the ground floor of the luxury hotel, adjacent to Armani/Hashi, the hotel’s Japanese restaurant. The interiors will be in line with the luxury Armani aesthetic, with views of the Dubai Fountain and Downtown Dubai.

The restaurant specialises in kosher cuisine that complies with kashrut – Jewish dietary laws. It will operate under the rabbinical supervision of Rabbi Levi Y Duchman, who has given it Glatt Kosher and Pas Yisroel certifications from the Emirates Kosher Supervising Agency, the only kosher certifier in the UAE, the hotel said.

The menu aims to celebrate the best of kosher cuisine while also paying homage to flavours from around the world. Guests can expect dishes such as challah, the classic braided bread, as well as braised beef brisket.

The new restaurant also offers guests of the hotel kosher in-room dining. Armani/Kaf is closed to dine-in guests on Fridays, but offers a special takeaway menu for Shabbat, the Jewish Sabbath.

The takeaway menu, priced at Dh240, includes a salad of the day with challah, grilled salmon with baby vegetables and spinach, pan-seared chicken breast with mashed potatoes and asparagus and sliced fruit.

A delivery service is in the process of being developed and will be announced soon, the hotel says.

Hotels in Abu Dhabi have also been asked to start serving kosher food, under a new directive from the emirate’s tourism board. A note issued by the Department of Culture and Tourism Abu Dhabi said hotels are “advised to include kosher food options” on room service menus and at food and beverage outlets.

“Accordingly, the Department of Culture and Tourism Abu Dhabi is instructing all hotel establishments of the following: to seek kosher certification for handling kosher meals,” it said.

If you are looking to make some money off of your photography, you should read up on how photographers sell photos online. Whether you are interested in how to sell personal photos online or how to sell other kinds of photos, you’d be surprised by the demand that can be found out there, which in turn, can enable you to make a tidy sum off of your efforts.