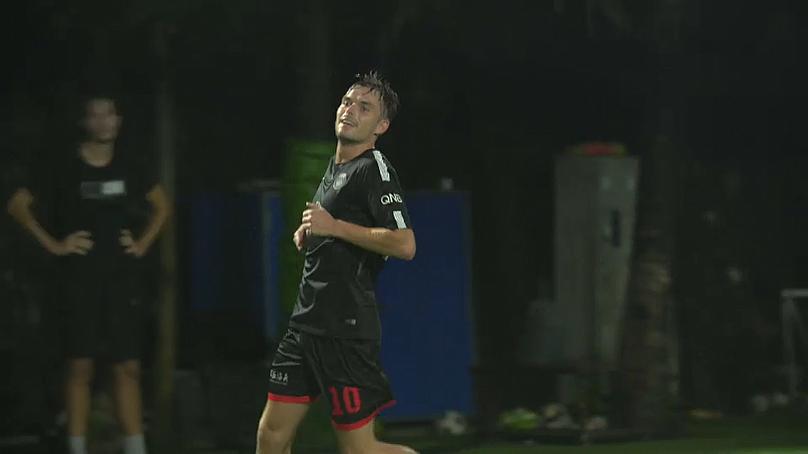 Living the expat life in Sanya

Sanya, on the southern tip of China’s Hainan island, is already proving a popular destination for European holiday makers. But some foreigners are also coming to make it their home.

And these expats work in all sorts of industries ranging from tourism to teaching.

Twenty-nine-year-old Charlotte Magnette is the General Manager of DreamArt Photography. She’s a long way from her homeland. Originally from Belgium, she studied Chinese in Beijing before moving to Sanya. She now runs a company specialising in wedding photography which is a booming industry on the island, but she’s introduced her own European twist.

“In general what we are trying to do is to take this very traditional Chinese pre-wedding photography, with all the dresses, and bring it a more French touch, a more European touch and fashion into it,” she explains.

Charlotte says life is good on Sanya where she can use her language and creative skills. It’s also a place she enjoys exploring in her free time.

“I love the fact that it’s a very complete place. On one hand, you have the ocean, the beautiful beaches, then you have an actual city with a city centre, where you can actually do things,” she says. ” And then, at the same time, you have the mountains, with tropical rainforests and a lot of nature, so I think it’s super-complete.”

Godfrey Zwygart is another European expat who’s made Sanya his home. He’s from France, and served in the French Navy. He has now been in Sanya for nine years overseeing the development of the Serenity Marina from scratch.

When he arrived in Sanya, the marina did not even exist. Now it is full of luxury yachts and has become a focal point for the area.

“For people of Sanya and people of China, they come over for holidays, enjoy the sunset, enjoy the beach, enjoy the watersports,” he explains. “We also host a lot of international races.”

Godfrey believes Sanya has made tremendous improvements in the last 10 years.

“It’s developing so fast,” he says. “It’s really comparable to the Riviera, we are the new Cannes of China.”

And when it’s time to chill, there is plenty to do in Sanya.

“Looking for some good restaurants, good food with friends, going to a bar from time to time,” he explains. “It’s a very good life you know, it’s a very laid-back life here in Sanya. It’s quite enjoyable.”

Godfrey and Charlotte are part of a much bigger expat community.

Romanians, French, British, Russians and Ukrainians often come together for a game of football.

Henry Green is a teacher from Milton Keynes in the UK. He’s a keen football player.

“You can’t complain about working on a tropical island. And the football’s great,” he says. “You can come here, you can meet people from all different countries, like Chinese, Russian, French, and regardless if you speak the same language, you can just come together for the common language of football.”

Bo Guan, a tour guide for Sanya Holiday International Travel Agency, agrees: “Taking time out of our busy schedules is not only about exercising, but also helping foreigners better integrate into Sanya life and culture. China is a country of friendship, so it’s right to help each other.”

It appears expats clearly enjoy their jobs and are making the most of living on this paradise island.

TOP Has Established A Key Platform For Digital Marketing Solutions

“TOP platform” The Online Publishers is the best place to check first for freelancer jobs and ebooks to read.