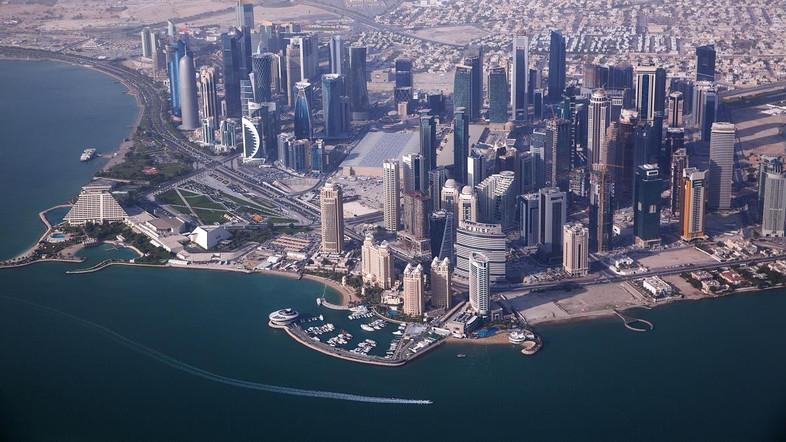 Posted By: Editorial Teamon: May 17, 2019In: Business, Map, NewsNo Comments
Print Email
Qatari banks face growing pressure from high exposure to the country’s sluggish real estate market, hit by oversupply tied to preparations for its 2022 World Cup, ratings agency Fitch said.
The tiny but wealthy Gulf state has seen its rental prices slide by 20 percent over the past three years. Analysts expect these prices to fall further as a wave of projects tied to the tournament come online over the next three years.
Qatar has had the added challenge of a diplomatic and trade boycott imposed by Saudi Arabia, the United Arab Emirates, Bahrain, and Egypt since 2017. The move has hit tourism and dampened demand for real estate from foreign buyers.
The bloc accuses Qatar of supporting terrorism, which Doha denies. Qatar has since moved to liberalize its real estate sector, opening up new areas to foreign buying in a bid to boost demand.
While Qatari banks have largely bounced back from liquidity issues arising from the 2017 boycott, when around $30 billion in deposits left the system, Fitch said deteriorating real estate assets are now a “key risk.”
“Qatari banks’ concentrated exposure to the weakening domestic real estate market is an increasing risk to asset quality,” Fitch said, naming Doha Bank, Commercial Bank, and International Bank of Qatar as the most exposed.
“The real estate and hospitality sectors, already facing falling prices due to oversupply in preparation for the 2022 World Cup, have been further pressured by reduced tourism and occupancy rates resulting from the boycott of Qatar.”
Fitch said however that Qatari banks’ credit ratings would not be affected “as they are driven by our assumption of the authorities’ propensity and ability to provide support to the banks, if needed.”
Qatar injected about $40 billion into its banking system in the months after the boycott in order to boost liquidity.

The Helpful Trend It Service.

How TOP Platform Solves A Need For Influencers Marketing.

Looking for New Ebooks To Read With TOP.

5 Reasons To Get Online Reviews Done With TOP.

2 Ways To Get More Results With Your Ads.

2 Good Reasons To Consider Getting Translation Help From TOP.

4 out of 5 people on antidepressant drugs are unaware of the side effects.

Diwali “Festival of the Lights” at the Bankhead Theater.