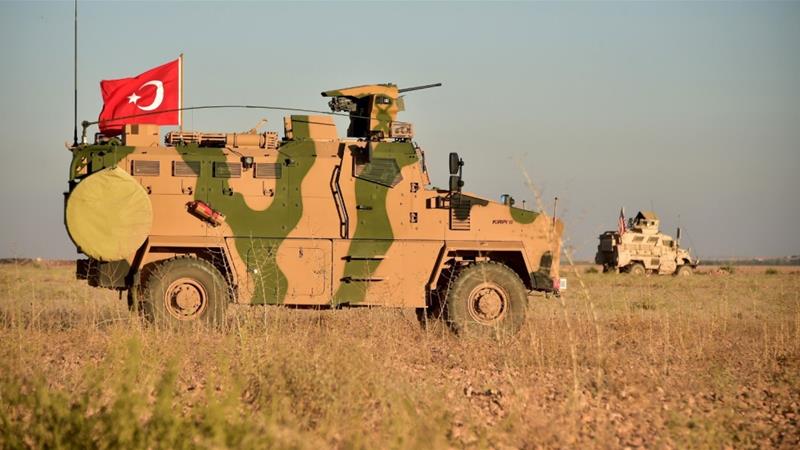 Erdogan: Turkey in contact with Damascus through its spy agency

Turkey’s President Recep Tayyip Erdogan has said his government maintained “low-level” contact through its spy agency with Syria’s leadership despite being one of its staunchest critics.

Erdogan’s comments on Sunday were the first confirmation of direct discussions with Damascus.

“Foreign policy is being conducted with Syria at a low-level,” he told the state-run TRT television in an interview, adding spy agencies could maintain links even if their leaders did not.

“Even if it is your enemy, you will not entirely break ties in case you might need them.”

Ankara fell out with Syria’s president following the 2011 crackdown on popular dissent, with Erdogan denouncing him as “killer Assad”.

The Turkish leader has ruled out direct talks with Assad, and Foreign Minister Mevlut Cavusoglu said in December Ankara was only in contact with Damascus through third parties, namely Russia and Iran.

Support for US pullout

Asked about the US troop withdrawal plan, Erdogan said he hoped Washington would pull out its 2,000 troops out of Syria soon.

If not, he warned, Ankara would take action to avert the possible “terror” threat posed by a US-backed Syrian Kurdish militia known as the YPG.

“I hope [the US] will complete [the pullout] in a short period of time because we do not want to live under threat,” Erdogan said. “Whenever we see any sign of a threat, we will do whatever is needed.”

Erdogan’s government welcomed the surprise announcement in December by US President Donald Trump that he was pulling American forces from the war-torn country.

That prompted Turkey to put on hold its plans to launch a military operation in Syria to drive out the YPG, which is described as “terrorists” by Ankara.

Turkey is pushing for a 32km “security zone” in northern Syria, after receiving US backing, along its southern border.

Erdogan showed the proposed buffer zone on the map during the live TRT broadcast, which he said would stretch from Jarabulus in northern Syria to the Iraqi border.

He urged the US, a NATO ally, to hand over the zone’s security to Turkish troops.

At a press briefing on Monday, Ibrahim Kalin, Turkey’s presidential spokesperson, denied reports that suggested Turkey and the US agreed on the terms of the safe zone in northern Syria, adding the talks were still ongoing.

Turkey is ready to oversee the area together with the US, but Erdogan said, “We cannot leave it to coalition forces because we need to feel safe.”

“We cannot trust coalition forces… They have neither the troops to ensure security there nor logistical means,” he said.

Damascus condemns Turkish presence in north as breach of deal

The Turkish army launched two major operations in Syria in 2016 and 2018 to battle Syrian Kurdish fighters, as well as the Islamic State of Iraq and the Levant (ISIL, also known as ISIS) combatants.

The deployment of Turkish troops and proxy forces in areas of northwest Syria has drawn accusations by some critics of military occupation.

Erdogan, who visited Russia for talks over the security zone last month, also said he would meet President Vladimir Putin in Sochi on February 14. 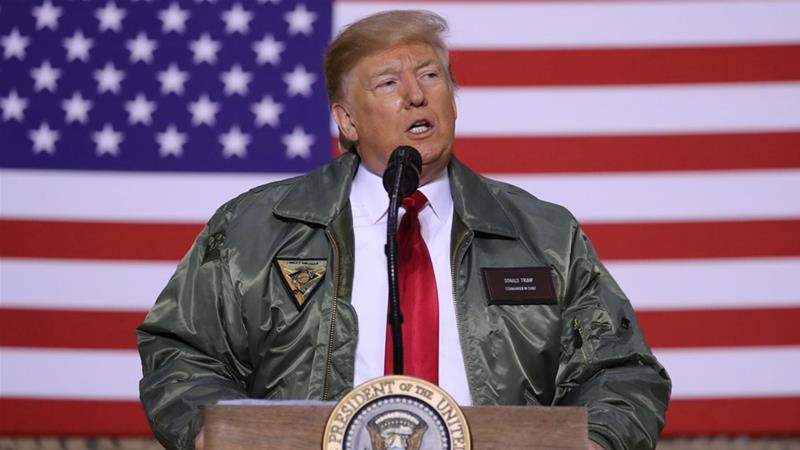 What will happen if Trump really starts to sweat. To read more click world-news-network.com